The Home Exercise of the Week this week is the Helicopter.  I could have called it a squat jump with a 180 degree turn but that’s pretty boring!  This is a plyometric exercise that will target your quads, hamstrings, and glutes while building explosive power and improving agility and coordination.

Also, since this is a plyometric movement that requires many muscle groups to work together, your cardiovascular system will be working hard and your body will require a lot more oxygen.

Is this a challenging exercise?  A big YES to that question!  The movement itself is fairly straight forward but the challenge comes with the jumping and turning part of the exercise.  Your heart pumps faster and harder and your breathing rate increases quite a bit to get that much needed oxygen to your muscles.  But…the rewards to doing this exercise and many others like it far outweigh the uncomfortable feeling while doing it.  You will burn more calories with this exercise than just a regular squat and if your goal is fat loss then definitely try adding this to your routine!

This weeks exercise is a Burpee!  It is a very popular exercise used in group fitness classes and boot camps but I would say it’s not a very popular exercise for the people doing it!  The reason being is it is a challenging exercise that will test your strength and cardiovascular endurance.  Any full body movement that involves jumping gets the heart rate up high because all those working muscles are trying to get oxygen and your blood brings that oxygen to them.  More muscles used = increased cardiac output and increased oxygen uptake.

The Burpee shown in this video is a modified basic version and the burpee at the end is a regular basic version.  As I mentioned before, it is a full body movement working the muscles in your upper and lower body as well as strengthening your core, improving coordination and building cardiovascular endurance.  There are many variations to this exercise and I will be showing more versions in the future because I know how everyone just loves Burpees! 🙂

This is a combination move designed to work on your balance and coordination as well as your quadriceps, hamstrings, glutes and the stabilizer muscles of the ankle.  Keep a slight bend in the knee during the one leg deadlift portion and keep your back as straight as possible.  Add weights to increase the difficulty! 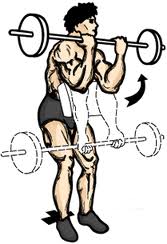 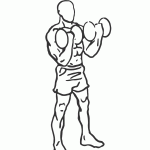 This week I would like to talk about one more leg exercise to avoid in part 4 of a 5 part series of exercises that could be doing you more harm than good.  In part 3, I talked about the Machine Leg Curl which is an exercise that isolates your hamstring muscles.  There is one more exercise that seems like it would be very effective and I’ve done it myself in the past not realizing the implications or ineffectiveness of it.

The exercise is the Smith Machine Squat and thanks to Dr. Kareem Samhouri (a Neuro Metabolic Fitness and Rehab Expert), I now know the reasons why it’s ineffective and I would like to share with you the reasons why and what you can do instead. 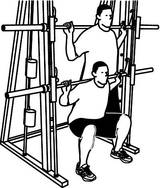 First of all, from a muscle balance perspective your hamstrings are basically not being used in this exercise, meaning your quads are doing all the work.

At the same time, it’s hard to properly recruit your glutes when the weight is not directly loading your spine (a lot of the weight is being supported by the machine itself).  Without the support of your glute muscles, you are weakening your core which can increase the risk of injury and slow fat loss.

Second, the functional benefit of this exercise is not very high compared to a free weight barbell squat or dumbbell squat.  Since your hamstrings and glutes don’t really have to work much in this exercise, you’re not squatting like you would in real life.

In a Smith Machine Squat, it’s easier to lift more weight because of the assistance of the machine but piling the weight on further emphasizes the muscle imbalance and can lead to injury.  Your quads, glutes, and hamstrings need to work together in order to become stronger and more mobile as a unit.  Doing squats that aren’t on a Smith Machine will tend to limit you to a more correct weight selection which will load all the working muscles properly and lead to better results.

Finally, the metabolic effect of this exercise is low to medium.  Since you are using your ankle, knee, and hip joints, the metabolic potential is slightly higher than the other exercises I have mentioned in this series.  However, the muscle imbalances that the Smith Machine Squat creates can lead to all sorts of situations that can cause a metabolic crash. 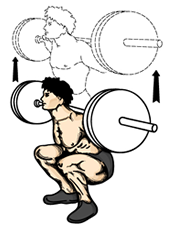 So there you have the main reasons why the Smith Machine Squat should be avoided and like I mentioned earlier, a freeweight barbell or dumbbell squat is much more effective and will strengthen the quads, glutes, and hamstrings as a whole.  You will also be recruiting your core stabilizer muscles and a stronger core will help prevent injury in this and any other exercise as well as any daily activity that you do.

Again, the key to making the squat safe and effective is to use proper form throughout.  Make sure you push up through your heels, keep your knees in line with your toes and arch your back up slightly to stay upright.  Start with no weight until you get comfortable with the movement.

Next week I will talk about the final exercise to avoid next time you hit the gym and its more effective alternative.  Until then, happy squatting! 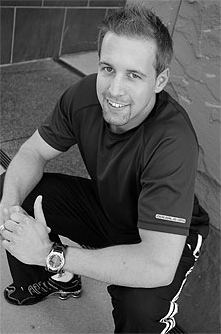